I’m happy you’re here, although I don’t exactly know what it is that you’re looking for. :-)

Me, myself and I

I’m a software developer from Germany. I started programming in Turbo Pascal and x86 assembler back in the 1990s.

Later, I studied and achieved my MSc in Computer Science. This involved lots of C, C++, Java, and even ADA - and none of these languages made me particularly happy. But then I discovered Microsoft’s C# and it was a game changer. Over the years, I have learned that C# is the language I love most and I was able to use it extensively in my career.

These days I work for Microsoft in the “Learn” team, building solutions to help every person on the planet to achieve more and have the opportunity to learn. Go, !(https://docs.microsoft.com/learn)[check it out]!

I don’t exactly know. But here’s the story behind it being my avatar and alias: when I was grumpy once my wive told me to stop grumbling - in German, that’s “grummeln”. Hence, she called me a “Grummelur”. Later while shopping at IKEA we found a cushion/animal called “Krumelur” and she said “look, that’s you!”. That’s when I started using it as an alias. 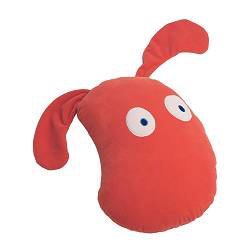 Fun fact: one of my former coworkers from Finland once explained that “krumeluuri” would be useless stuff one has at home…